AMHERST, N.Y. – As Excelsior Orthopaedics gets ready to celebrate its 20th anniversary, only one woman on the company’s Leadership team has been here for nearly all of it. And as Women’s History Month comes to an end, we celebrate Josette Fisher’s tenure with the company and and her long-term influence.

Josie joined Excelsior in 2004 and held the role of Director of Rehabilitation and Sports Medicine. In that role, Josie has a legacy, helping to develop Excelsior’s outpatient physical and occupational therapy services, on site offerings for Durable Medical Equipment, and sports training services. She also developed and implemented outreach athletic training services in local schools. When that program began, Excelsior contracted with just five or six schools.

Looking back at her early years, Josie feels thankful to have had colleagues in her corner.

“I feel very blessed and honored to have had physicians and administrators take a risk on a young professional woman,” she said.

Josie held that role for 15 years until 2019. That year, she became the Director of Sports Medicine and Wellness, accommodating for the business’s new and growing service lines. Since 2019, she has helped to introduce nutrition in 2020 as well as internal wellness initiatives for Excelsior’s team members, and she brought the company’s school contracts up to 15 districts.

Josie’s influence doesn’t stop with her leadership roles. She developed the STRIDES program with physicians and started “coach’s clinics,” which are education and treatment-related seminars and training. Josie worked with professional sports teams in Buffalo, supporting treatment of the Buffalo Bisons and WNY Flash.

Josie has been with Excelsior through the first 11 Day Power Play, during which Dr. Andrew Stoeckl secured the partnership with the charitable organization, and she helped develop Excelsior’s relationship with the Corporate Challenge, which has been ongoing for more than 10 years.

Anyone who knows Josie, knows she “bleeds blue,” and it’s a company slogan she takes to heart, believing firmly that the team member attitude of bleeding blue is not about her, but rather a testament to everyone around her.

“Being part of a culture that is progressive yet compassionate, and like a family, has been a great reward,” Josie said. 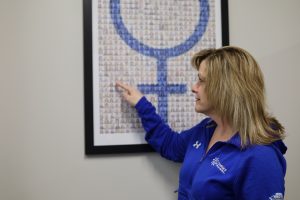 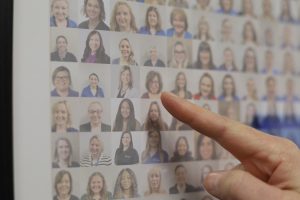 Orthopaedic Care that Moves You Forward

We take a progressive approach to your care that’s designed to offer you better options for recovery. We keep up with the speed of modern medicine, researching, refining and perfecting the most advanced treatments and delivery systems so you can be confident that you’ll get the orthopaedic care you deserve. We’re here to make sure you get back to doing the things you love sooner and with less pain.

On the recommendation of Microsoft, Internet Explorer is reaching its end of life as a web browser, and will no longer recieve security or feature updates from their development team.

In the interest of giving our users the optimal user experience, we are no longer supporting Internet Explorer 11. To access our site, please use a mobile device, or upgrade to Mircrosoft Edge or Google Chrome.